Have you had frustrations with a horse with scar tissue?
Common scenarios:
These are just a few examples to give you the idea that scar tissue can develop anywhere in the body.
We discuss the two general components of scar tissue on the podcast, and how TBT can resolve one of them — enabling the horse to regain much of normal movement.
Links in Podcast:
https://wheredoesmyhorsehurt.com/practitioners/
https://www.tuckerbiokinetic.com/

Speaker 1 (00:08)
What can be done about it, including the gelding scar tissue, you may say. Well, Dr. Tucker, isn’t that going to be a little bit boring? Boring? Because scar tissue, it’s there.

Speaker 1 (00:23)
It is what it is. You just deal with it. Right? Well, and here I am saying no. You can really, really help resolve scar tissues effects on the body.

Speaker 1 (00:55)
For example, if a horse has a long cut all along the coffin bone, you can see sometimes those raised kind of ropey, naughty scars, those are obvious external scar tissue. A lot of times those feel really tight and hard and they don’t move along the skin. So ideally, we’d like those to be a little bit loose and not so tight. So we can do that and we’ll get back to that shortly. The other one is the internal scar tissue.

Speaker 1 (01:27)
Now, one of the examples of that is surgeries. For example, the gelding surgery. Just so you know, sometimes gelding surgeries can get a lot of internal scar tissue, and sometimes it’s just minimal. And part of the reason for this difference is that when the testicles are developed in utero, they start behind the kidneys. So that’s way up on the back, like right about the back of the saddle, that’s where the kidneys are.

Speaker 1 (01:58)
And so then those testicles travel from about the saddle back towards the tail, through the pelvis area, and then down and out the body. So anywhere along that pathway, you can get scar tissue all that way. So some horses do, some don’t. We don’t really quite know why that is. It doesn’t seem to have much to do with infection or exercise, maybe just a predisposition to that.

Speaker 1 (02:27)
We don’t know why. The fact is some horses can get some scar tissue anywhere in the pelvis and even up to the kidneys. That being said, we have that gelding scar tissue. And then other examples of internal scar tissue is where you’ve had a lot of inflammation for some sickness type reason. For example, if you had a horse or even yourself have had some pneumonia, chronic pneumonia can go on for a couple of months.

Speaker 1 (03:00)
And during that time you get so much inflammation, adhesions, and then things start getting scar tissue. So you may have heard of people who have pneumonia scarring. Horses can get that too. So that’s an example of where the internal scar tissue was in an organ. And this can certainly happen with any other organ.

Speaker 1 (04:00)
The first component is the part that’s still needed, that needed part. So for example, on the external scar tissue, you still have some scar that’s needed to hold the two edges of the skin together. So that’s still needed, that’s one part. The other part though, is after the scar tissue is healed up, and that initial, like angry redness and swelling and heat is all gone. Now we have part of the scar tissue that is no longer needed.

Speaker 1 (04:34)
Now, that includes the things I mentioned, like inflammation components and fibrinogen lymphatic immune system components. Adhesions, which is like the gluey substance. Once the scar tissue is technically healed, all those components are no longer needed. But in many cases, they’re still there. For example, with a horse with a cut on the coffin bone, or at least along the coffin bone skin, you see the scar tissue, but you can feel when you try to move it that it won’t move.

Speaker 1 (05:13)
That’s because those components that are no longer needed, like the adhesions, are stuck to the stuff underneath it. In some cases when we have tendons that have gone ahead and healed up, but there’s still that sticky substance of adhesions sticking to other tendons or tendon sheaths. And even though on the ultrasound it’s perfectly fine, the tendon or ligament, it’s not moving right. And sometimes they say, well, that’s because of scar tissue. Makes sense, but you can change that.

Speaker 1 (05:48)
Yay. Okay, so that’s the summary of it. We got internal scar tissue external. Both types have a residual part that’s still needed and all the rest of the stuff that’s no longer needed. So with TBT, that’s the Tucker biochematic technique, we can get rid of no longer needed scar tissue parts so that we have the tendons healed up so they’re no longer sticking to each other.

Speaker 1 (06:22)
We have gelding tissue, sorry about that. Gelding scar tissue, which is no longer sticky, and that will allow internal tissues to move freely. So you can really get some range of motion on the gelding scar issue at the hind end. Okay, so I can’t really explain how TBT power, other than it is energy, work. And what we do is we work to release all of those no longer needed scar tissue components.

Speaker 1 (06:54)
Now, that doesn’t mean that the scar tissue disappears. Like, you’re still going to have a scar on the front of that golf and bone, but a lot of times it will be softer, less naughty, less stuck to the rest of the tissue. So you can move the skin around. And a lot of times if it’s red at all, like on a person that will get less read, it’s really pretty cool. So if you have scar tissue issues, please consider hiring one of our great TBT practitioners.

Speaker 1 (07:22)
Those are all listed at wheredoesmyhorsehurt.com/practitioners. And of course, you are always welcome to become one. I would love to see you and and that’s at tuckerbiokinetic.com. Thanks for listening. 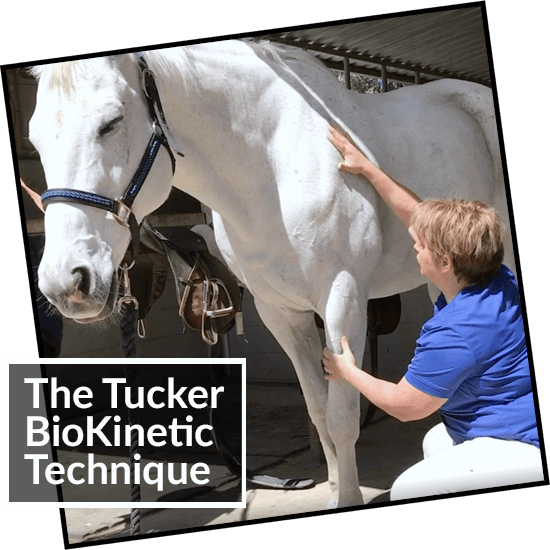 Want to Align and Heal Horses? You Can!

We are looking for submissions for Dr. Tucker's "Featured Cases." If you have a puzzling case you want solved, we would love to post it to help others. Pictures needed, videos welcome. Email to support@wheredoesmyhorsehurt.com. Thank you. 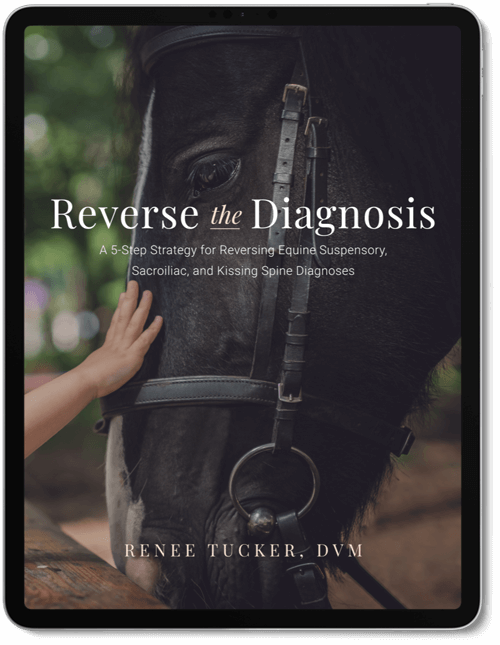 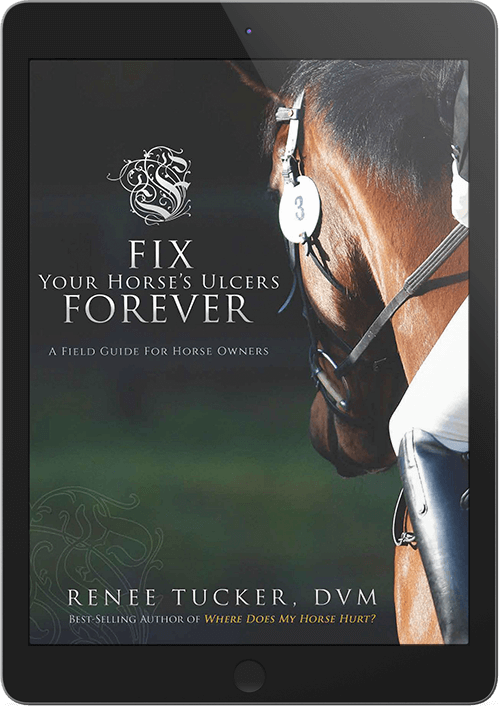 A Field Guide for Horse Owners

Plus: Individualized Care Plans are included!
What are the 50 Horse Secrets Even Your Vet Doesn't Know?

Discover the answers to...
Why your horse has a favorite direction
What story your horse's tracks tell
Whether your horse's muscles are too "hard"
...and much more!